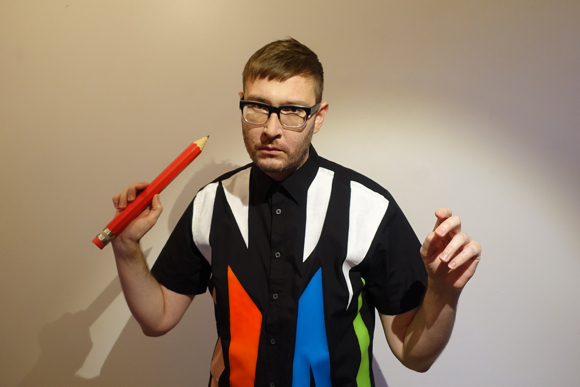 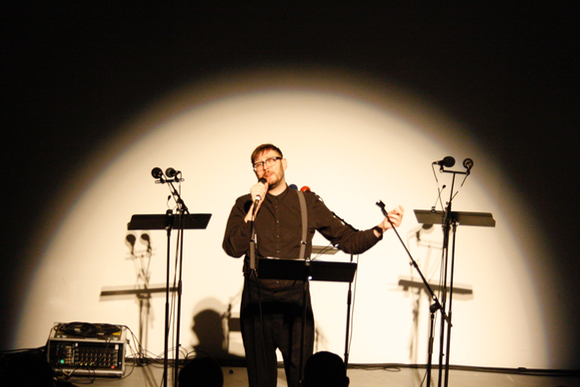 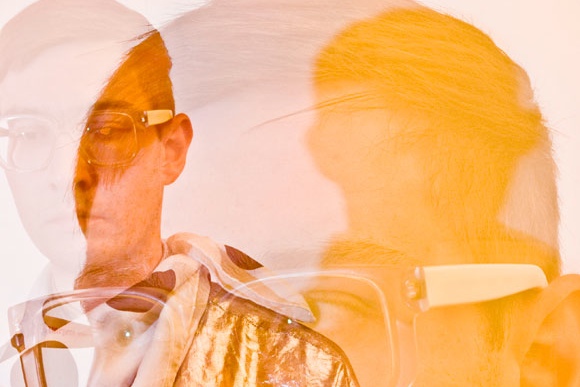 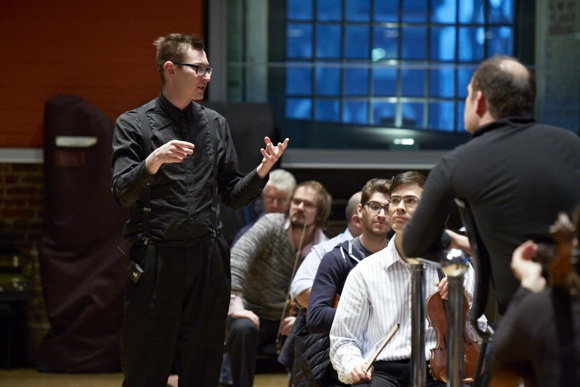 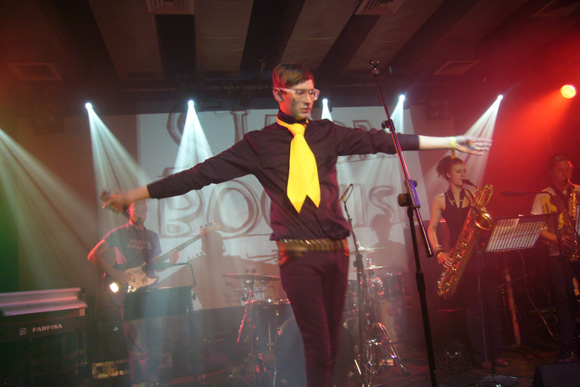 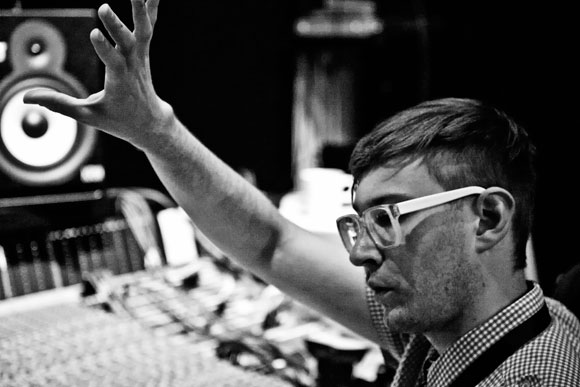 Above: Simon Bookish in the studio, July 2009 (Photo: Leigh Righton) 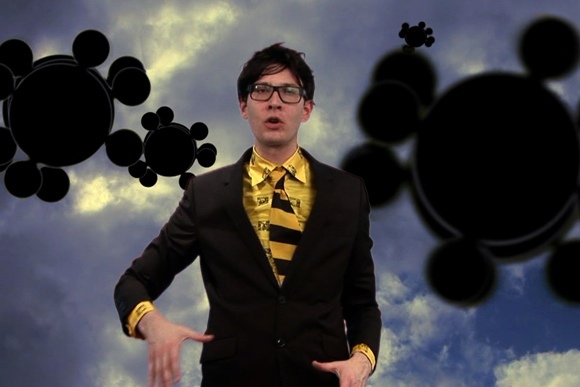 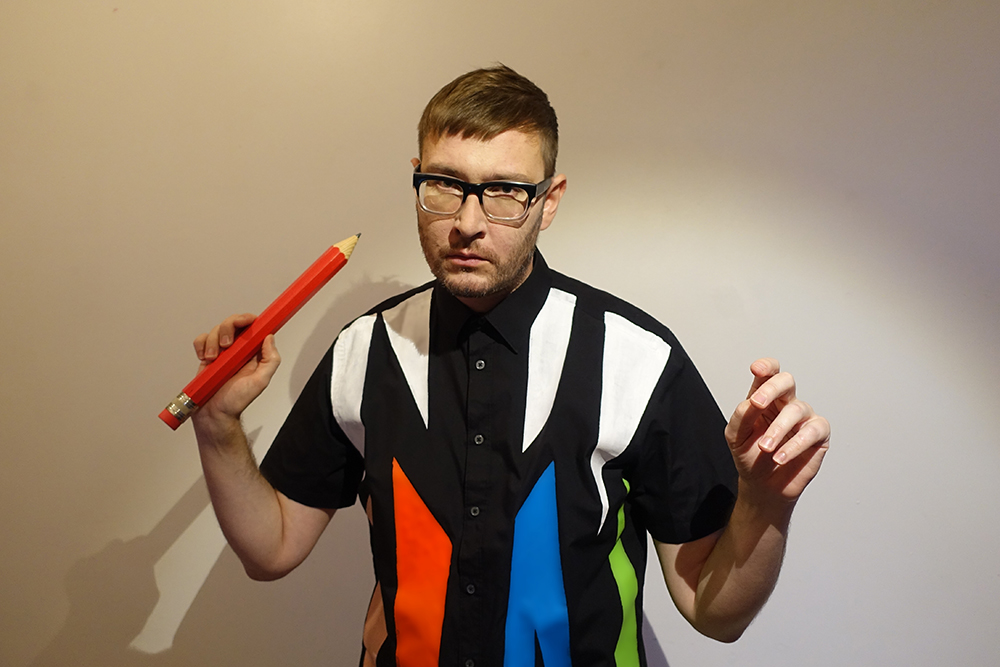 Leo Chadburn is a composer and performer from London (UK). His unpredictable work includes music for ensembles, solo performances that merge his voice with electronic music, and music for film and installation art. It has been broadcast on BBC Radio 1, 3 and 6 Music, Resonance FM and internationally.

He was previously also known as Simon Bookish, under which guise he released a sequence of albums of subversive, investigatory pop and numerous remixes for international artists.

His most recent album is Slower / Talker (2021), which comprises his distinctive, drifting music for instruments and voices, written over the course of a decade. It follows 2020's The Subject / The Object: two extended, intensely focused spoken word and drone pieces.

Much of Leo's recent work is preoccupied with the musicality and theatricality of speaking voices, utilising a wide range of unconventional text sources, such as technical data and maps, lists of animal species and place names, messages taken from picture postcards, and stream of consciousness writing that resembles a kind of "musical science fiction".

These include the ensemble works The Indistinguishables (2014) for Quatour Bozzini, Five Loops for the Bathyscaphe (2017) for the Britten Sinfonia, ANTICLOCK (2019) for Decibel, Freezywater (2016) for Apartment House, and Affix Stamp Here (2016) for the vocal ensemble EXAUDI, besides RED & BLUE (2015), a solo work based on the Cold War correspondence between Margaret Thatcher and Ronald Reagan.

His extensive collaborative work with visual artists includes a sequence of films and installations by Jennet Thomas, the most recent of which was The Great Curdling (2022) for the Whitstable Biennale. Other work includes Richard Grayson's five-screen video installation Nothing Can Stop Us Now (2014) and his extended choral-video work The Golden Space City of God (2009), which has toured internationally, and Cerith Wyn Evans' performance work Imagination Dead Imagine (2013).

Spaces that have exhibited work with sound and music by Leo include Matt's Gallery, Irish Museum of Modern Art, Serpentine Gallery and the V&A.