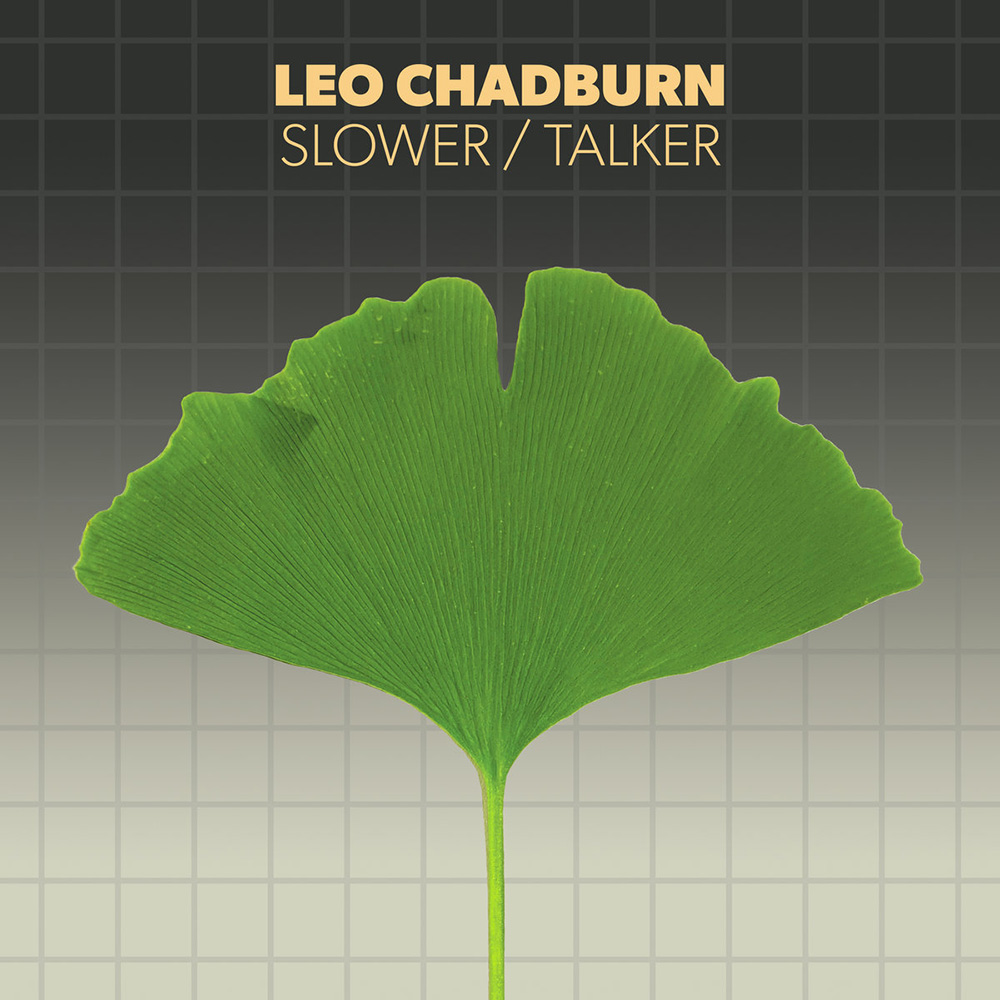 It features performances by two of the world’s leading groups for experimental music: Apartment House (UK) and Quatour Bozzini (Canada), alongside pianist Kate Halsall and the voices of the composer and the actor Gemma Saunders (National Theatre, Royal Shakespeare Company).

Slower / Talker comprises six pieces, written over the period of a decade. It follows Leo Chadburn's five previous albums of avant pop and electronic music (released under his own name and the pseudonym Simon Bookish).

While the musical palette is restrained, influenced by minimal music, visual art and structuralist film, the texts look out into the world. These encompass a list of seventy names of moth species in The Indistinguishables, a list of topographical features encircling London in Freezywater, the words of Mao Zedong (X Chairman Maos), a reflection on a pioneering journey by deep-ocean explorer Jacques Piccard (Five Loops for the Bathscaphe), the idiosyncratic vocabulary of the fragrance industry (Vapour Descriptors) and a stream of consciousness on the culture and properties of chemical elements (The Halogens).

'The Indistinguishables' was produced by Laurent Major and engineered by Vincent Blain. Recorded at Studio Madame Wood, Montréal. 'Vapour Descriptors' was produced by Chris Lewis. Recorded at Trinity Laban Conservatoire of Music & Dance, London. Included on this album with the kind permission of Kate Halsall.

All other tracks were produced by John Lely and engineered by Gus White. Recorded at Goldsmiths Music Studios, London.

"...beautifully surreal... a bold rendering of new minimalism... the synergy between the instrumental and vocal work is luminous and Chadburn purrs through the text..."

"Hypnotic and vivid, Chadburn’s work asks you to listen, think and imagine. It also has a wry quality that makes you take it seriously."

"This gorgeous collection of works by British composer Leo Chadburn, made over the last decade or so, are all about different sorts of found texts, appropriating words for their musicality and sound. Most of the six pieces are performed by the ubiquitous London ensemble Apartment House, but the ravishing opening piece The Indistinguishables features the luminescent sounds of Montréal’s Quatuor Bozzini playing dazzling swells, melodic fragments, and resonant pizzicato beneath the exquisite articulation of actor Gemma Saunders, who recites the common names of 70 types of moths from the UK.

A similar vibe is transmitted on Freezywater, where the composer speaks the names of 49 disparate 'topographical features and places' along the M25 motorway—such as 'The Clump,' 'Old Slade,' and 'Devil’s Den'—over Apartment Houses's cycling string sighs, entrancing reed organ tones, and piano accents, which occasionally and beautifully coalesce into elegant, sweeping ensemble passages. Chadburn and Kate Halsall create a fragile tunefulness over the latter's spare piano punctuations on Vapour Descriptors, bringing a poetic loveliness to a series of words commonly deployed by the fragrance industry. Throughout the entire collection the composer discovers a strange beauty by isolating the language and placing it in a strange location, interacting with simple melodic phrases to produce new, often alien meaning."

"The wild card of the British contemporary classical music scene, composer Leo Chadburn (aka Simon Bookish) widens the scope of his musical experimentation with this remarkable new release...

...The textures created are beautiful in their sparseness. The result is a floating dialogue that is hypnotizing and luring, stripped of drama, smooth, as if outside of this world. Slower / Talker engages the listener in a subtle way. It is a sonically explorative journey, one worth taking."