Jump to:
About Everything / Everything | Album Credits | Press Quotes 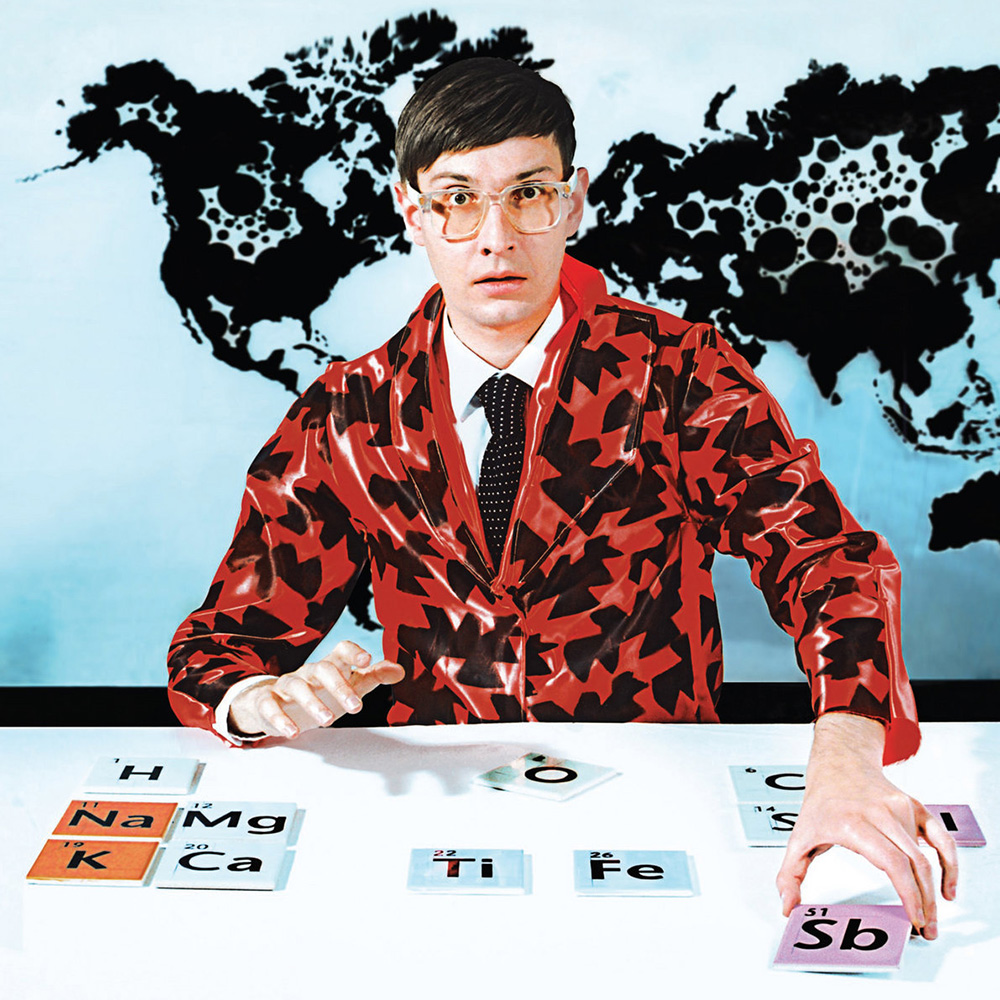 An unpredictable and dramatic "big band song cycle about science and information", Everything/Everything does away with the synthesizers and digital processing of previous Simon Bookish albums to focus on live instruments.

Scored, by Bookish, for an ensemble dominated by saxophones, brass, antiphonal pianos, harp and Farfisa organ, it features luminaries from both the jazz and experimental classical music scenes.

Whilst certainly the most pop-oriented Simon Bookish release to date, Everything/Everything, as its name suggests, finds room for moments of racing Philip Glass minimalism, lop-sided disco, expressionist cabaret, and even a lush ambient interlude.

Lyrically, the album's concept is "the flood of information" in our modern age, taking in chemistry and ecology, language and art, delivered in Bookish's distinctive English-eccentric vocal.

...In a musical economy where ideas are the sole currency, Simon Bookish would be doing the Scrooge McDuck backstroke through a pool of cartoon coins right about now. The man's recordings abound in little innovations, both sonic and lyrical, and if Everything / Everything sounds particularly heavy on them, that's no coincidence: the record, a self-described "big band song cycle," deals with the onslaught of information in this modern age...

...Switching from electronics to live instruments for his first album for Tomlab, the science-informed concept album Everything/Everything finds the wonderful work of Simon Bookish -- somewhere between the informed wryness of Ivor Cutler and the continuing impact of David Bowie's archly English romanticism -- in full flight.... 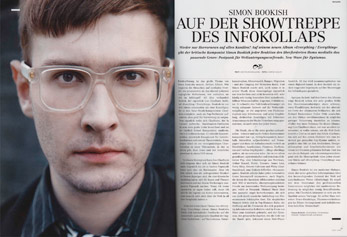 Matt Fink, Feature: "Everything at Once", Under the Radar Magazine, 2008 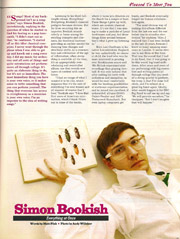